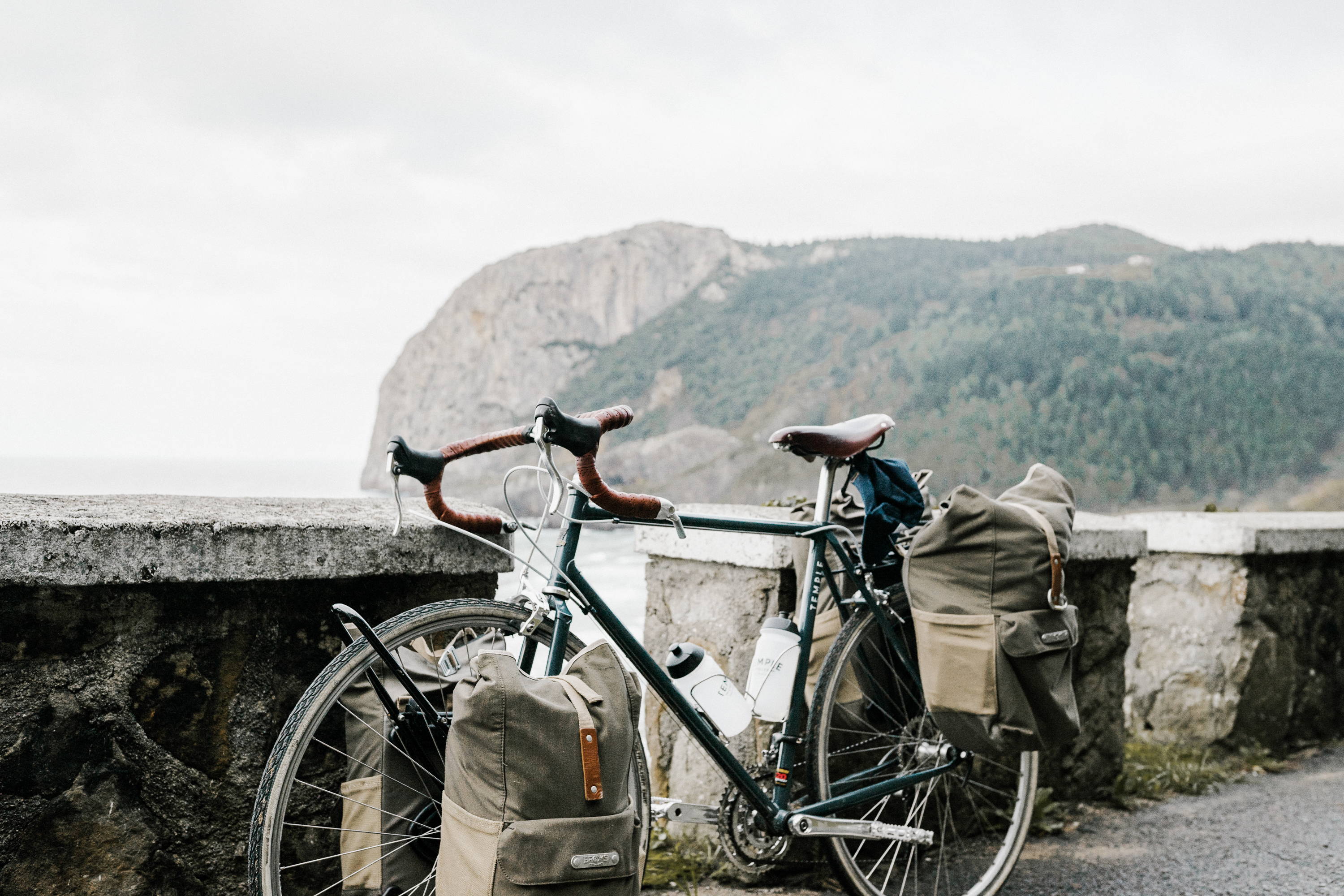 GOING ON YOUR FIRST BICYCLE TOUR WITH LINUS BERGMAN

Linus Bergman is a Swedish Photographer and Adventurer who lives out of his converted Volkswagen van. Ever the adventurer; Linus recently embarked on first bicycle tour aboard our Adventure Tour. We sat down with Linus to talk all things touring and his reflections on his first trip. 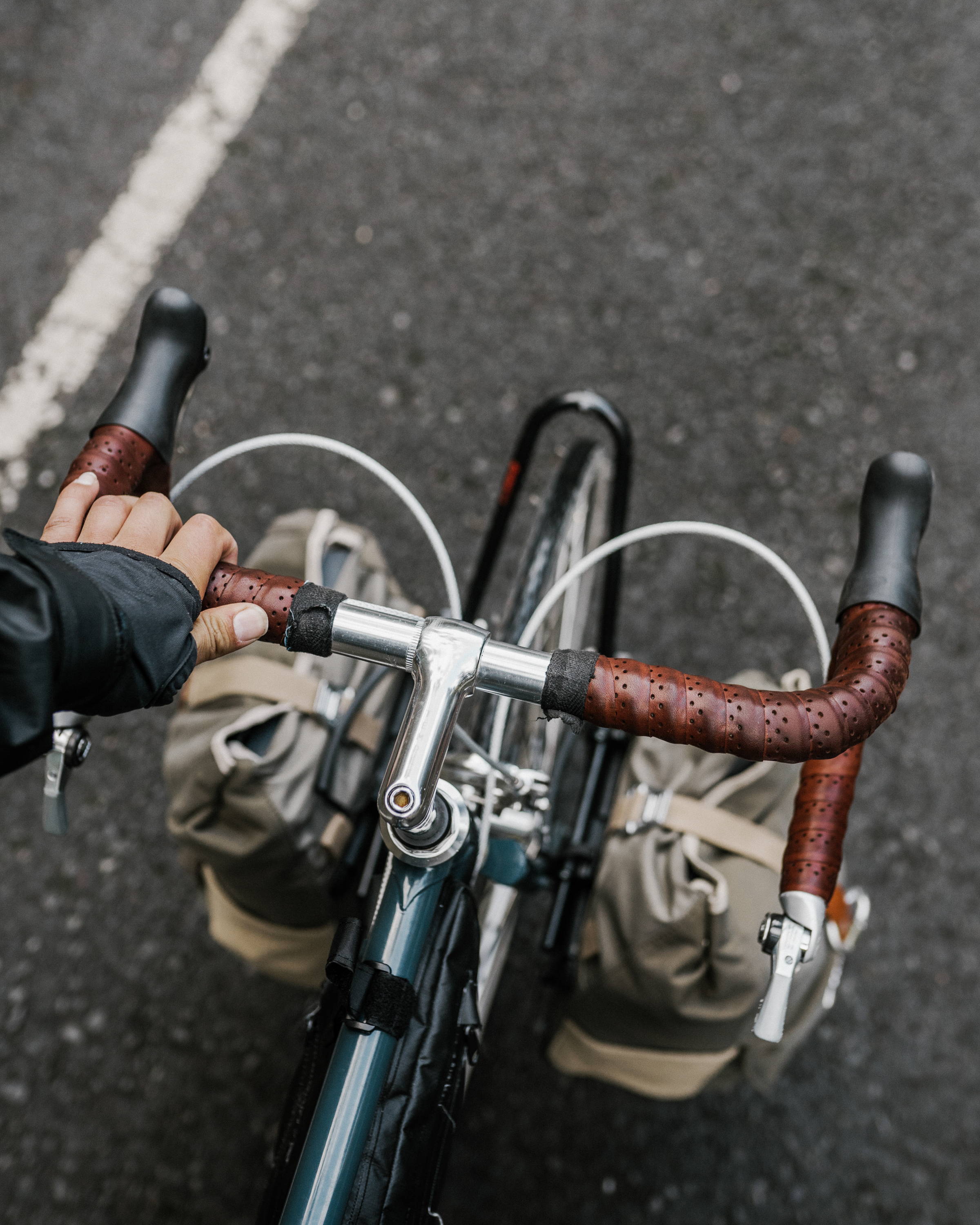 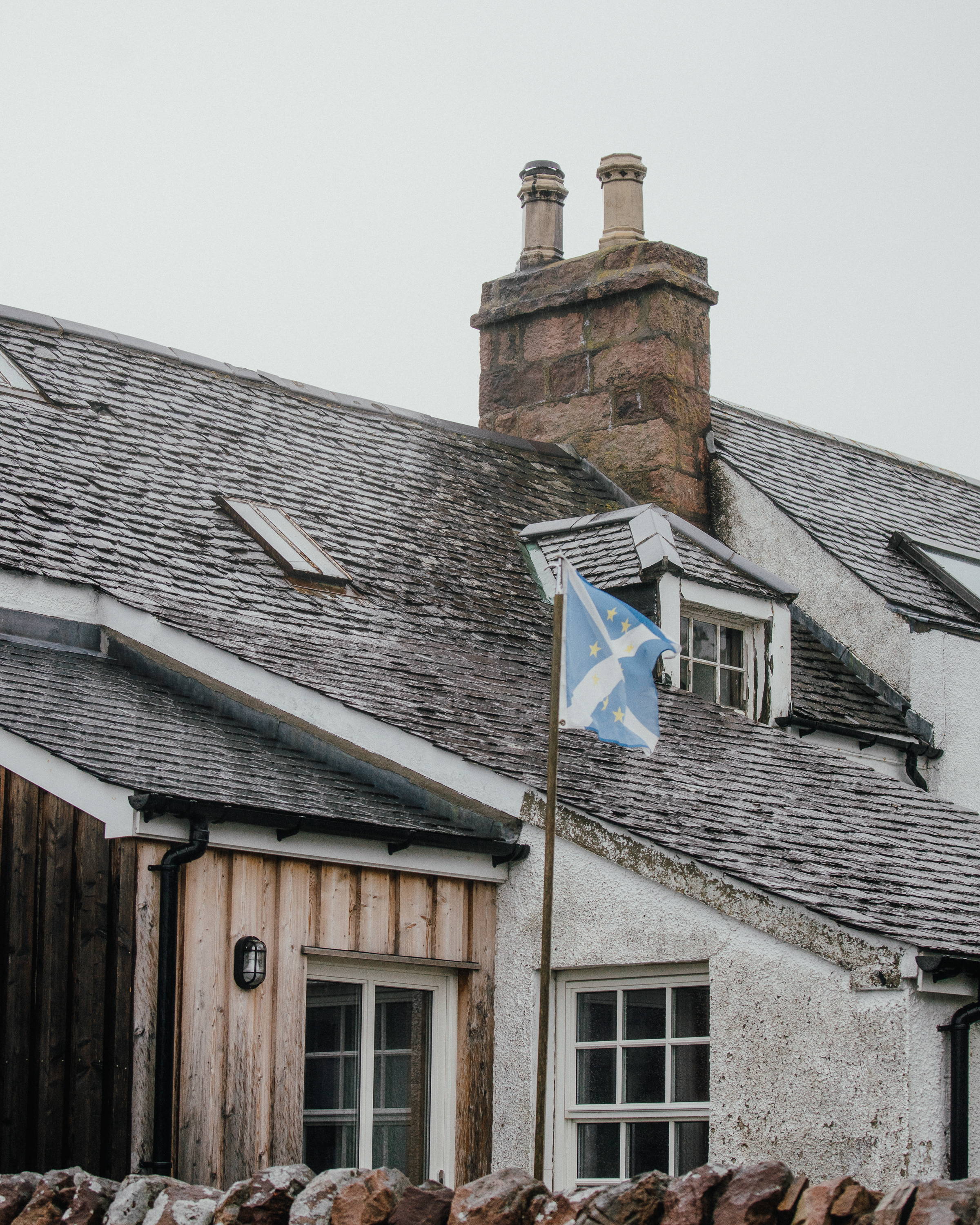 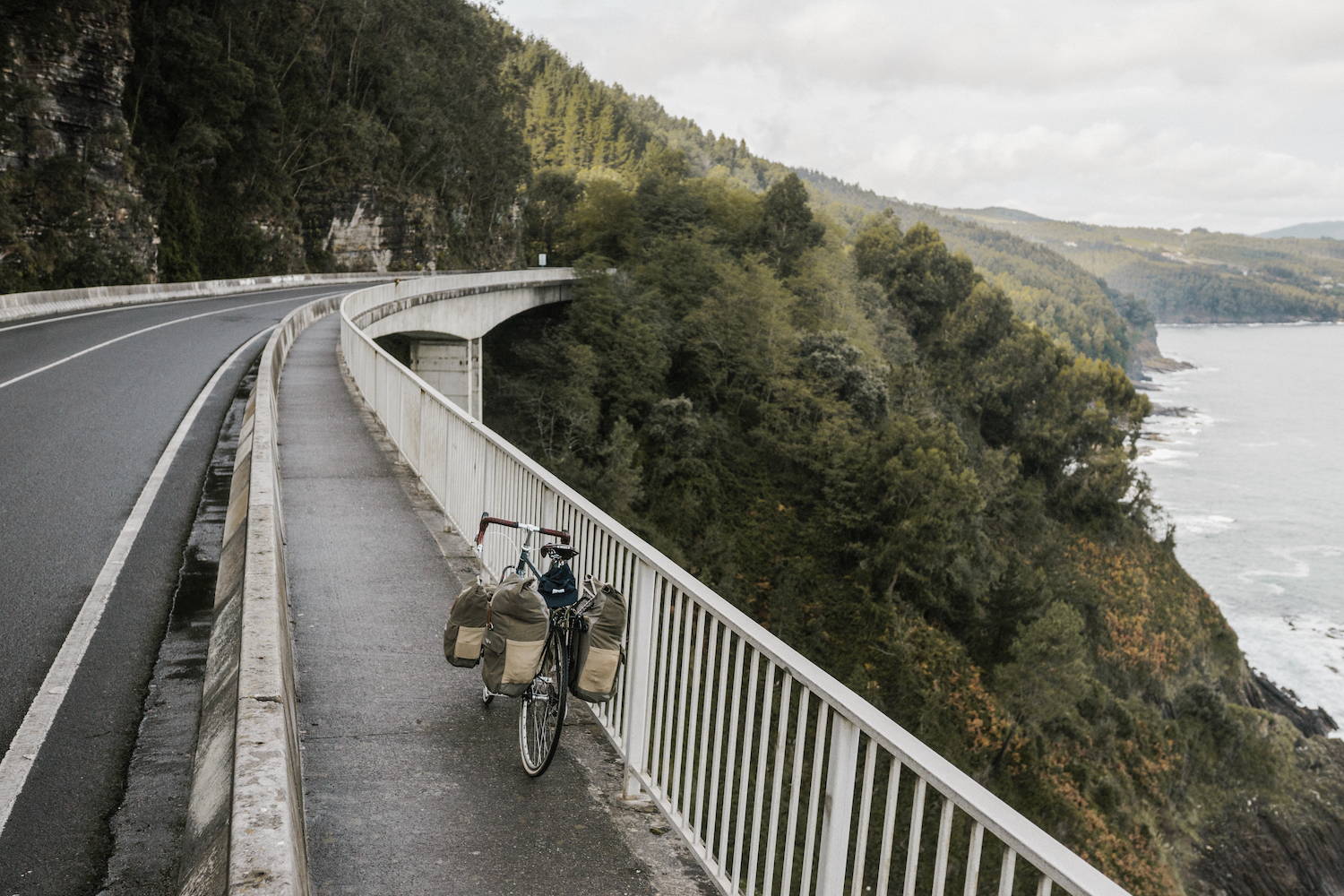 Hey Linus, how's things? Been up to anything fun since you got back?
Hey, everything is good. It’s been a week and a half since I came to the south coast of Spain where I met up some family and friends from Sweden. Always feels a bit strange staying in one place when you’ve embarked on a journey that made you move constantly. Every day is like no other when on the road but routine is also a good thing now and then. I like the variation. 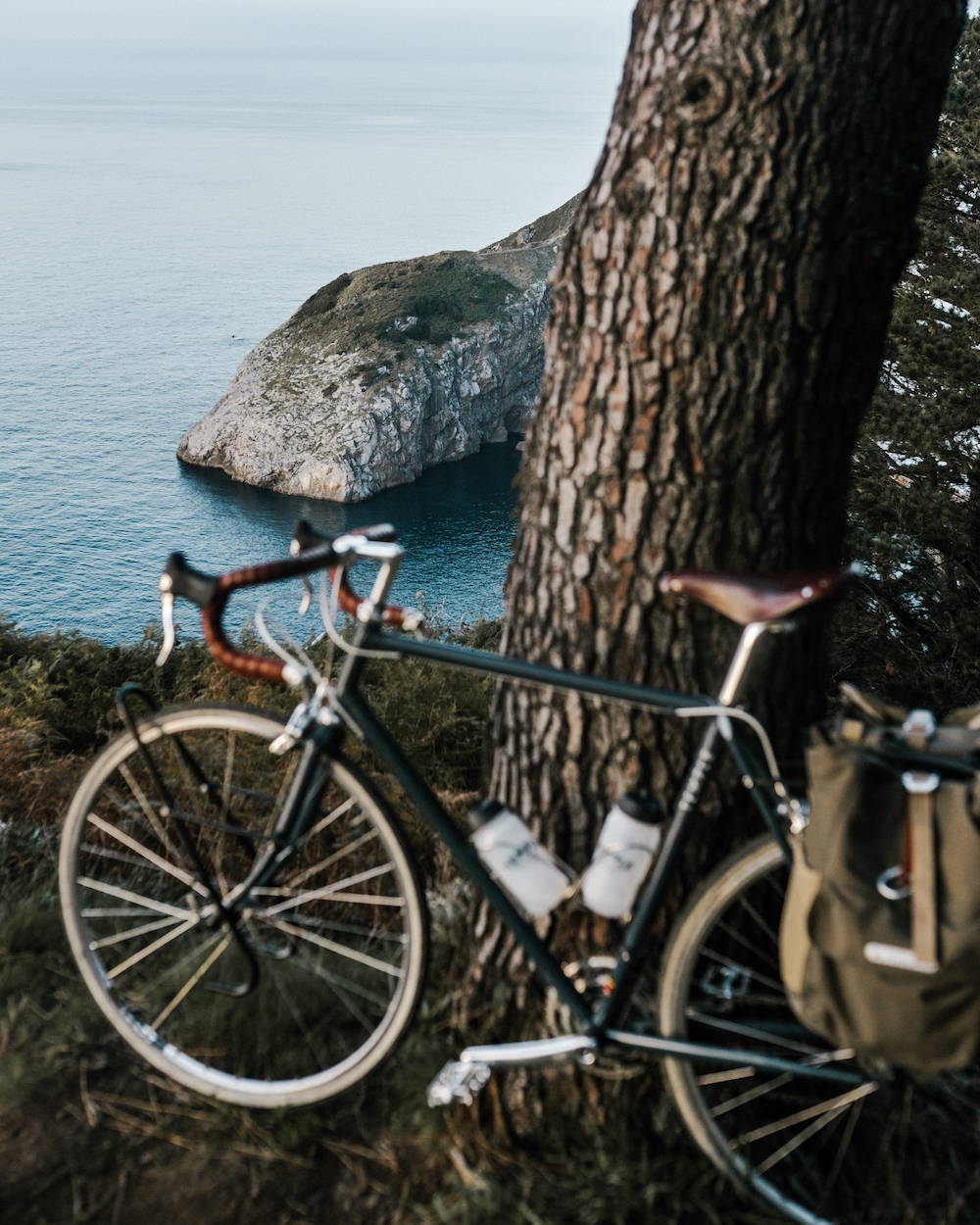 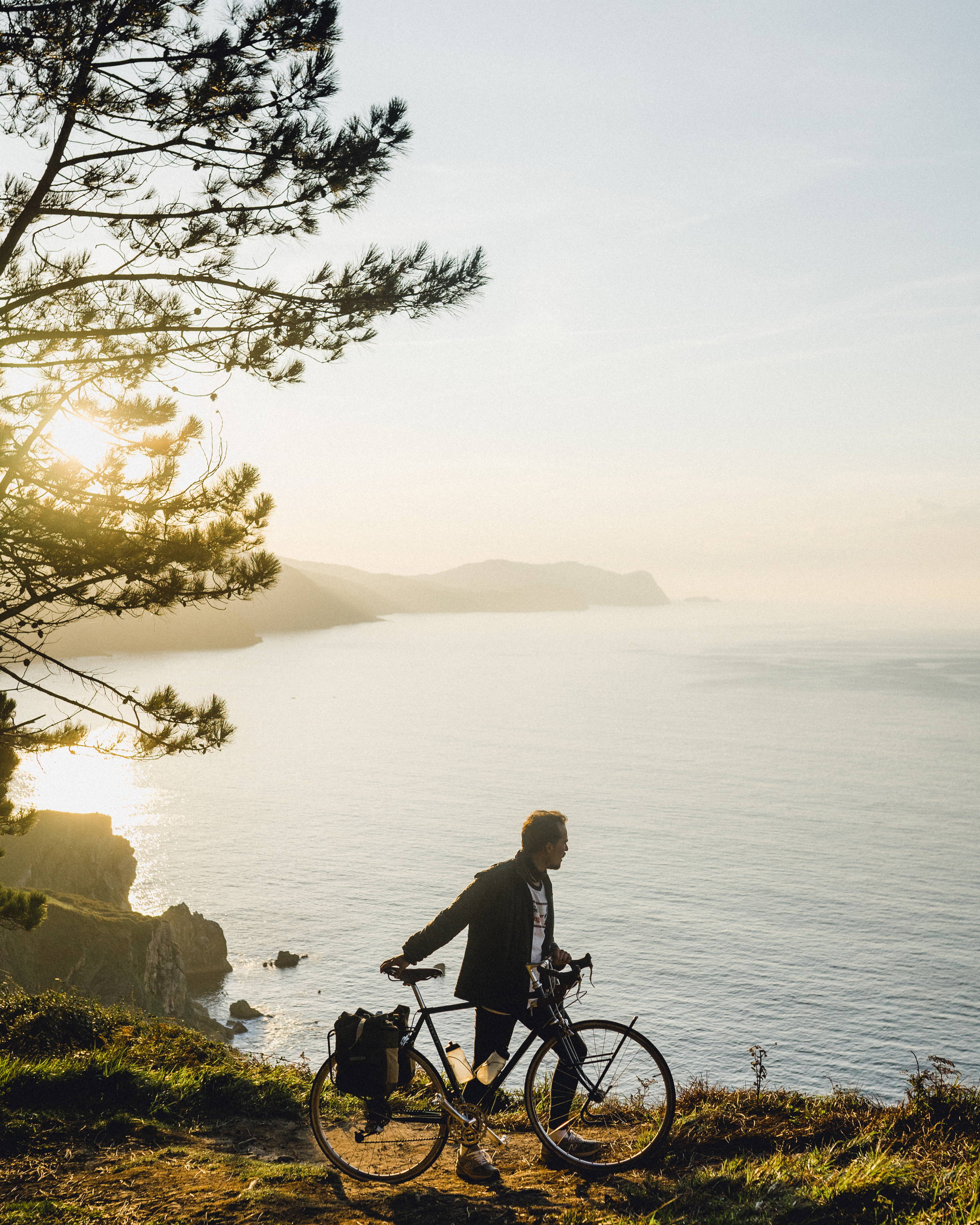 So this was your first bike trip?
Yeah, it was. I’ve been really into long-distance running before so it was just a couple of years ago I started to get on a bike more frequently.

To say that it’s been fantastic would be an understatement for sure!

It’s hard to describe to people who have not done longer bike trips themselves. Sure one hits rough patches during a trip like this both physically and mentally when you have days of battling hills etc. But the reward is more than worth it.

Years ago when I got the idea of going on a trip like this I couldn’t imagine how fun it would be. I just knew I needed to go and do something new.

You learn a lot doing anything for the first time; what was the thing that most surprised you about travelling by bike?

Due to the way of travel, that you constantly are outside and in the open. Whether it’s in town or out in nature - I would have to say the kindness of people. No matter what country or place I visited people are really friendly and super curious about the person who looks like a camel. 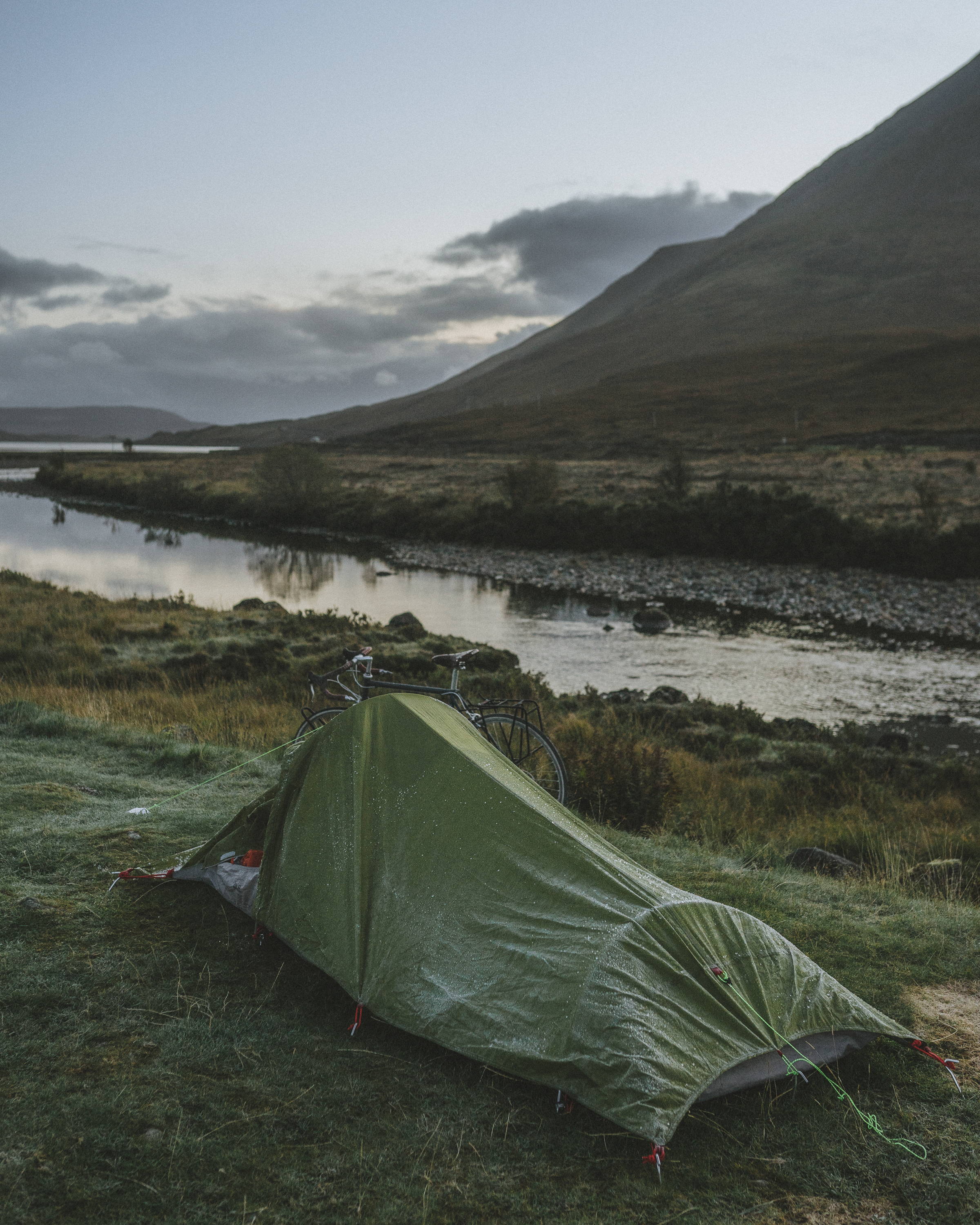 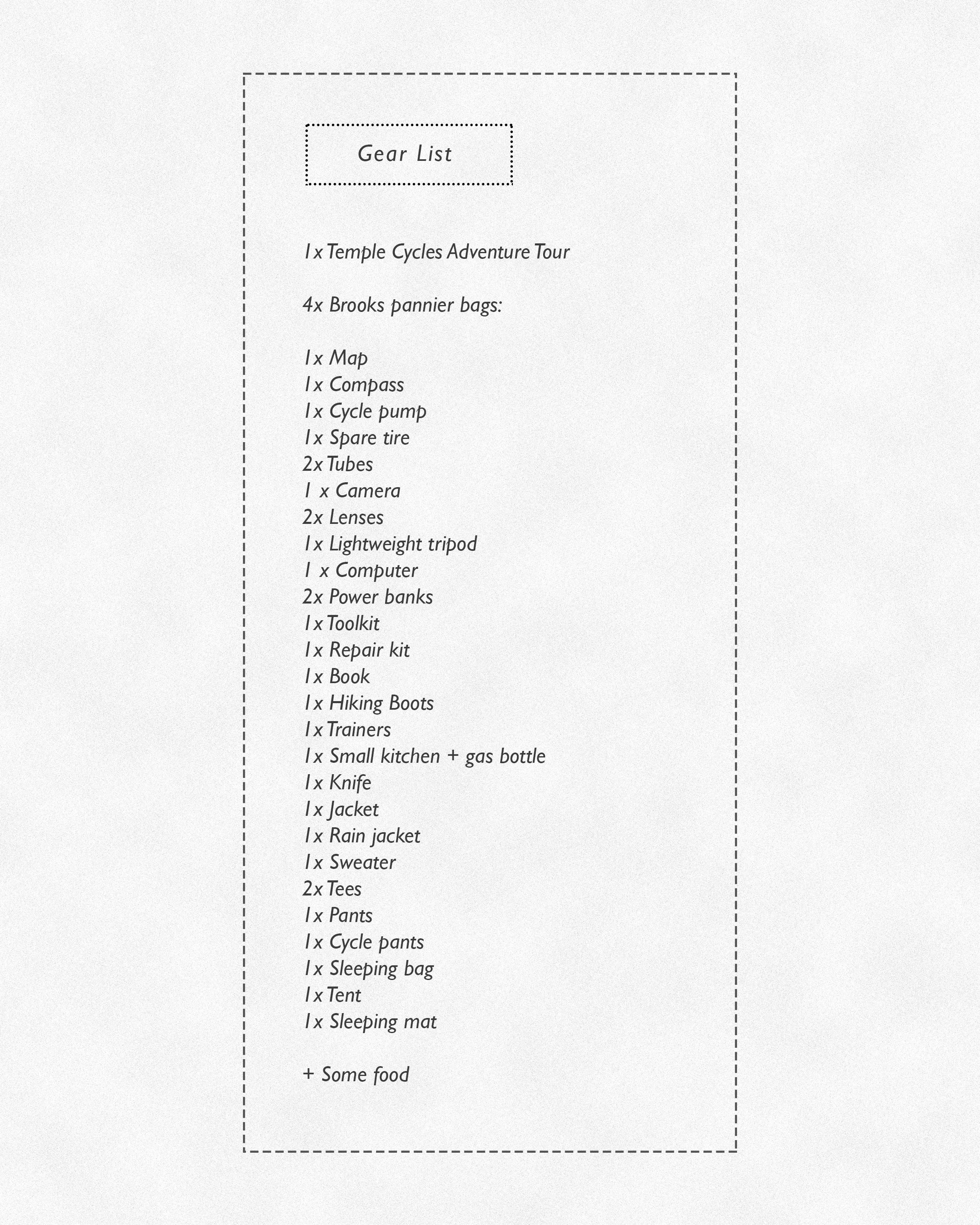 We've got a full kit list from you, so what is something you brought with you that you couldn't have lived without?

A good sleeping bag for sure! It saved me on numerous occasions on the chilly Scottish coast.

What would you bring again?

Is there anything you would leave at home next time?

In the beginning, I fell foul of the classic problem of overpacking clothing options. It turned out pretty good though; I could give some things away to people I met along the road which made some people’s day. Next time I would try to go a little bit lighter! You don’t need two sweatshirts or jeans for example. The joy of riding is markedly improved when carrying fewer things.


What about anything you would bring with you next time?

I would probably change that tent if I could haha. I took one of the smallest tents I could find. Super good when sleeping up in windy mountains etc. But when you get sick or have to spend some time inside it’s not that fun to not being able to move around.

I also didn’t have any rain cover for the bike. That would be a plus. After finally reaching Bilbao I took a bus from there to the house I’m currently located on the south coast. The bus driver wouldn’t let me and the bike on since you had to have a cover of some sort. It was 1:00 am and I had no other plan so I panicked. Luckily a guy who spoke English helped me and 4 minutes after we had dissembled the bike and wrapped it in my tent. So yes, rain cover could be useful in different ways. 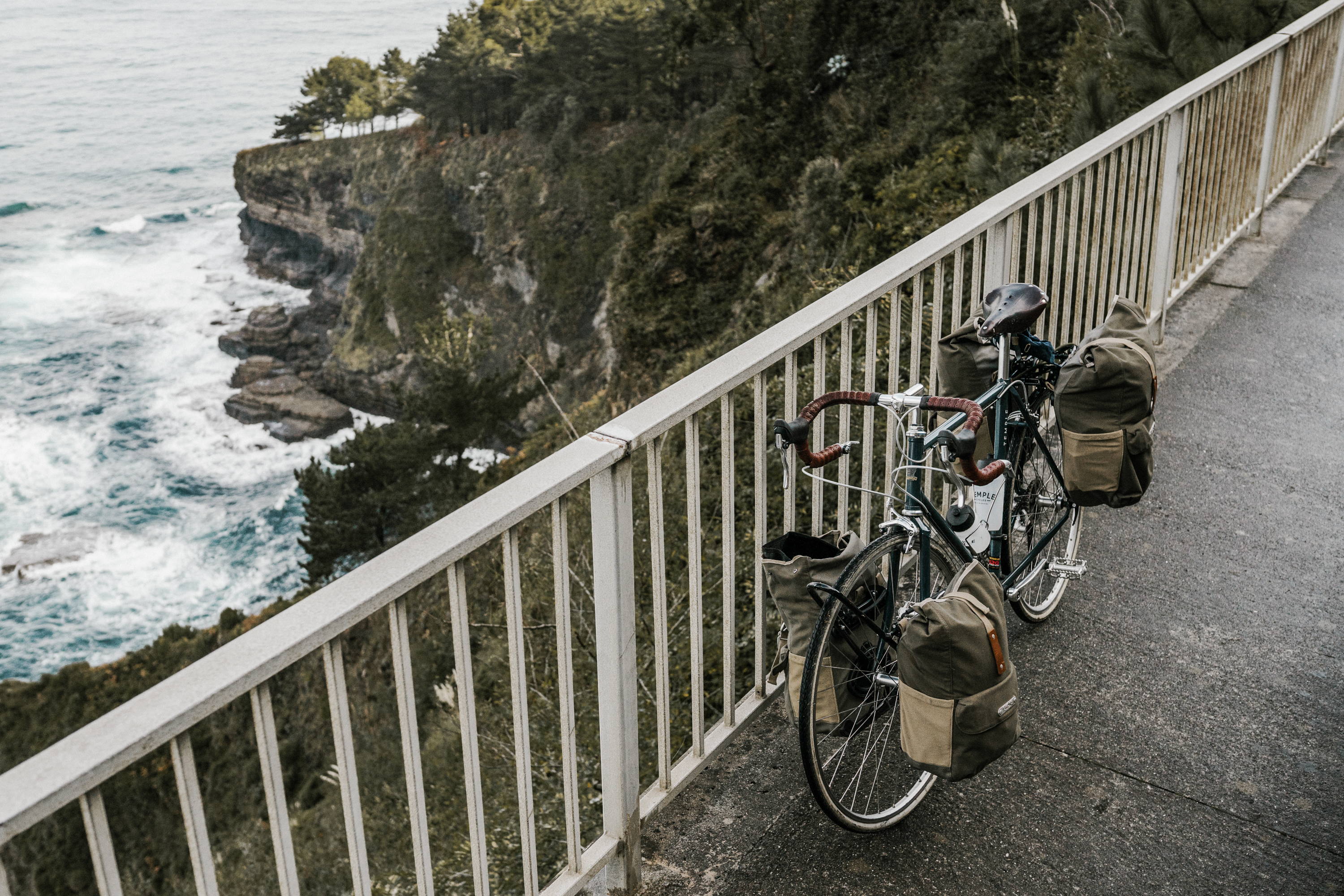 How did you plan your route and how did you navigate?

Beforehand I did do a little bit of research on how to navigate and such. Most people recommended the app – Maps.me where one can download maps for use offline. This was a super helpful tool and many times it saved me from going down the wrong path.

Route – I don’t really like to plan that much when travelling. I feel that you lose so much momentum/joy of what travelling is about if you plan ahead too much.

Of course, I had an idea of where I wanted to go; my main goal was to get to Scotland, ride there and see where it took me. Every day I woke up, looked on the map and found an area I would try to reach before dark. I then just climbed on the bike and started to pedal.

I never imagined that I would end up down in France and the Basque Country before going, but these places, especially Basque Country, were one of the highlights of the trip. 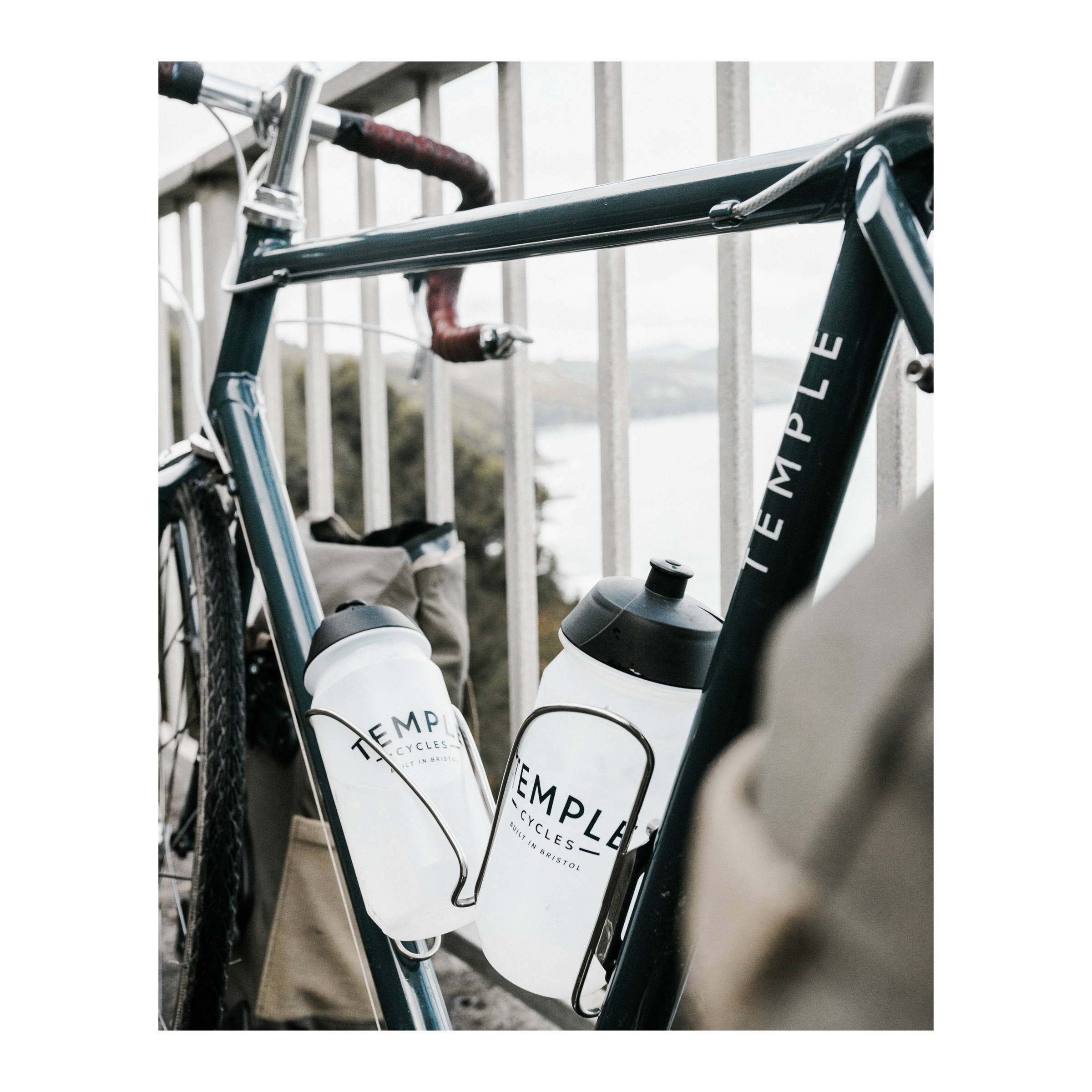 What were the biggest lessons you learned along the road?

For me, it was somewhat an important trip to make to overcome obstacles and routines that were stuck in my everyday life. I’ve been travelling a lot before, but the kind of travelling I’ve done has been pretty controlled and ”safe” – So this was a big reminder for me to always challenge myself, saying yes and to never stop doing things that are hard and uncomfortable in the beginning but that in the end helps you grow as a person.

- and of course how beautiful the world we live in is.

Can you tell me a bit about your bike set up?

Yeah, so I had an Adventure Tour with 28mm tires, which I learned were pretty unusual when bike-packing according to other cyclists I met. This wasn’t a problem though, it felt fast. I also had 4 Brook bags, 2 small on the front rack and two big ones in the back. All overpacked in the beginning haha.

How did it perform?

Supergood! I never had any problems with the bike. It was easy riding on both bigger roads and small dirt ones. It felt sturdy and safe. It also performed really well the few times I went offroad to find places to sleep etc. 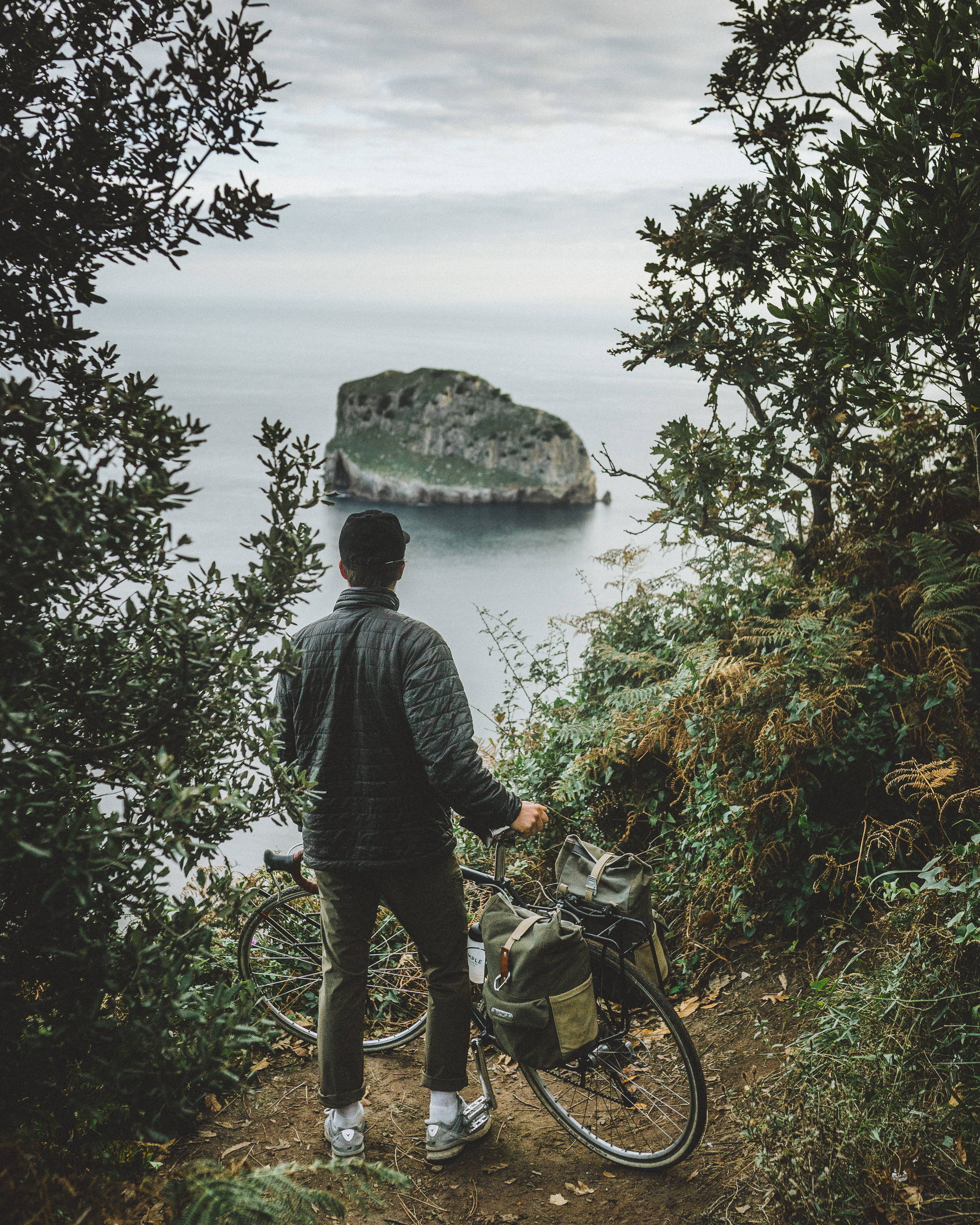 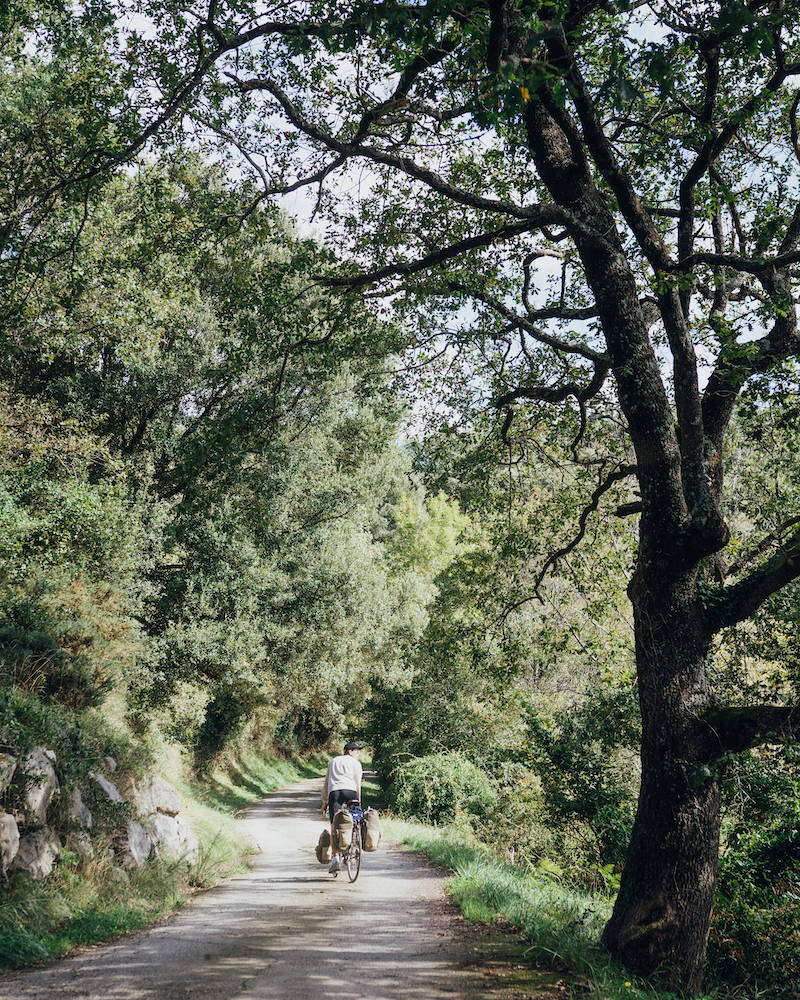 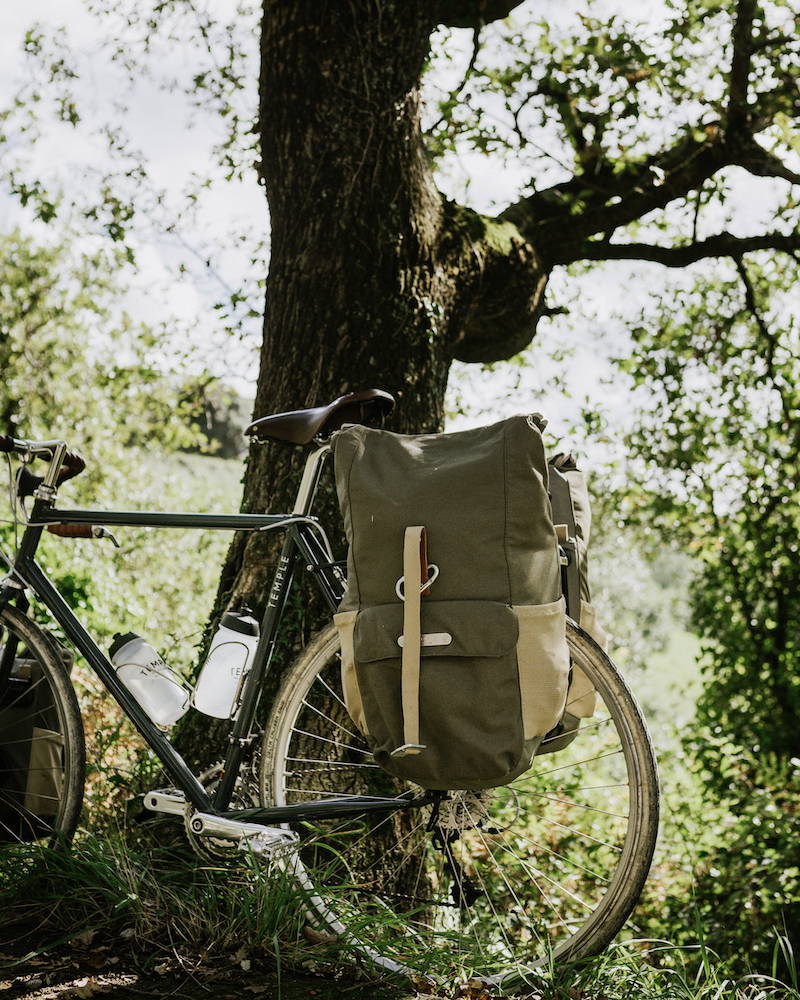 Do you have any good advice to anyone else who might be thinking about going on there first bicycle adventure?

Don’t overthink. Just do it. Just go and try to embrace all the small and big moments that you’re going to experience.